#HousingDay for a housing customer: When life gives you lemons…

As we mark #HousingDay, which sees #UKHousing professionals’ right across the UK take to twitter to tell stories about the work they do, we decided we’d take a different approach. We believe that #HousingDay is about  the customers we’re working with to unlock their true potential.Let them tell their own story.

Sarah is one of those customers. She’s taken some time to blog about her journey into housing, and why you should never judge a social housing tenant by their front door… Do you remember when you were a child, dreaming of what you wanted to do when you grew up? I always wanted to be an archaeologist and study at Oxford. Isn’t it strange how things never quite work out how you planned?

You see my plans started going wrong when I was young, in year three. I had a teacher who put me down all the time as my spelling is awful and my grammar non-existent. You see I am actually rather dyslexic, but she decided I was lazy and constantly criticised me. Her words never left me, they slowly dug away at me and nothing I ever did was good enough.

I made it through primary school to year seven. I had friends around me, who always held me up and supported me, but then we moved home and things got worse again– so much worse.

I was off most of year nine swinging between bird flu and tonsillitis, heading into the worst of my depression and self-harm, which was soon followed by repeated suicide attempts and admission to an adolescent mental health ward for almost a year.

When I was discharged, I spent my time between school in the morning and work in the afternoon. Once I’d finished school, I just worked full-time. I started working as much as possible, drowning out the voices and the feelings until it all caught up with me and I tried to commit suicide again aged 17.

When I started that round of trying to end my life, my parents had me admitted to hospital (again). Looking back I realise it was for my own good, but back then I hated them for it,  I thought they didn’t want me. One of my deepest fears – rejection – kicked in at full force.

This time I was only in hospital for two weeks, being discharged into a ‘half way’ house for people with mental health problems. We had someone on call through the day and yet I started to finally feel that little bit of independence I needed.

I’m not just rambling, this back story helps my housing story make more sense, without it you may be wondering how I ended up where I have. I hope it gives you context to how sometimes #UKHousing can help even those who may once have had huge aspirations and lost them, start to build their own independence, even in small steps.

Some of my best and worst times were had in that halfway house, all made possible by the help of a housing association. I was there for just over a year and in that time I learnt to look after myself, do my own cooking and washing. Unfortunately, in that time I also fell into the cycle of domestic abuse which would blight the next three years of life.

From there I moved in to a small flat, where I stayed until I managed to escape the abuse by taking up a place in a refuge. Once again I found myself in a position where I was starting over, relearning the things I had forgotten and rediscovering myself. Once again this opportunity was, in part, thanks to a housing association which managed the building I was living and learning inside. 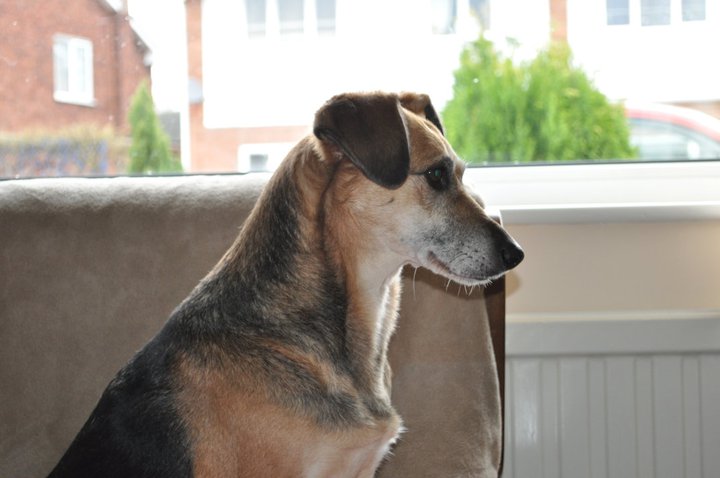 At 21 I moved into my first home since I had left Oxford. Yes I’d lived in houses – but none had been a home. This home is where Bromford joined my housing journey. In that flat I learnt to be OK by myself (well myself and the dog) and I flourished. I started to volunteer with the local wildlife trust; I even finally managed to start the university course I had long wanted to do. I had decided to take up Criminology in the hope of understand in some part the experiences I had been through. I spent a number of happy years in that flat; I became happy with who I was and I felt like I was going somewhere. But like all good things, it came crashing down again.

I caught swine flu just before I was meant to go away on holiday to Malta with my birth mother and I never got better. Almost a year later I was diagnosed with Fibromyalgia on top of my already diagnosed chronic fatigue syndrome. My days suffering from the impact of swine flu were plagued by the awful need to sleep constantly, mixed with chronic pain and it took away everything I had worked for. I couldn’t walk the dog, let alone help at the wildlife trust and my brain was so foggy, I had to stop my university course as well.

Worst of all, my much loved home became my prison. I couldn’t get in and out of the bath anymore, I couldn’t make it up and down the steps – I was trapped and losing my mind.

Over the next year I felt as though I was fighting Bromford at every turn. All I wanted was to be moved and I couldn’t see any light ahead. That was until I was put in touch with my housing officer, and finally began to understand what was going on and how Bromford were trying to help me. I was still struggling and dying inside as the days went by, but I knew I could speak to him anytime about any worries that may come up.

It took a while but in the end the perfect place came up; the place I’m happy and comfortable in now. It allows dogs as we have our own front door and although it’s a flat, we are lucky enough to have a private back garden. The inside has also received the adaptions I needed to make everyday life just a little easier for me.

My life isn’t what I expected by a long way, but you know, I’m proud of what I have achieved. Every day I battle with my demons both mental and physical, but I run a blog which keeps me happy and oddly people seem to enjoy reading it. Being given a home through Bromford has meant I have been able to garner a little of the independence I once took for granted.

So next time you find out someone lives in social housing, don’t assume they are there because they have no aspirations.
Sometimes life throws you lemons and housing associations help you make a little lemonade.

Sarah is a Bromford customer and UK Lifestyle blogger. She is most often found blogging away on her own blog Life in a Break Down, or running a meeting place for UK Bloggers.